The KOKUYO DESIGN AWARD 2022 Winners Have Been Decided

The competition theme was "UNLEARNING," and winners were chosen from among 1,031 entries within Japan and overseas

Held by KOKUYO Co., Ltd. (Head office: Osaka / President: Hidekuni Kuroda), the KOKUYO DESIGN AWARD seeks out designers that will take on the next generation and supports their work by commercializing their products. The entry period for the KOKUYO DESIGN AWARD 2022 was from August 20 to October 15, 2021. A total of 1,031 designs were received from 58 countries all around the world (555 from Japan, 476 from abroad). As a result of judging all the entries, four winners were chosen today, on March 12. And, for a moment, resetting the knowledge, feelings, and acquired experiences that they had never doubted before. Today's Final Judging included 10 works that had been selected in last November's first round of judging and after patent research. It started with presentations and model judging, followed by the judges' final deliberations where they determined the winning designs.

"The trophies and certificates of commendation granted today were also newly designed to reflect the "UNLEARNING" theme. Contestants will receive virtual trophies, capable of spreading joy even in this remote era, as well as card keys in place of certificates of commendation that will allow them to access their trophies.
The trophies change shape every day from the beginning of a month and become complete at its end. They have a total of 1,031 elements--the same as the number of entries-- and there are 12 different trophies, one for each month of the year. After one year, when every change has been displayed, the winners will receive the 3D data with NFTs attached. As a return to their bronzeware roots, the certificates of commendation were made with sheet copper instead of paper. Each certificate looks different; all of their surfaces were created with the coloring technology used in Toyama Prefecture's Takaoka Copperware."

Design name：Flow of Thoughts
General name：Notebook
Design overview："Flow of Thoughts" will be the diary to sort out your thoughts. A minimalist journal made for a maximalist world. Day after day, unload the unnecessary words into the scribbles, write the important ones in the line of thoughts. The ultimate goal is to silence the multiple voices in our heads, decrease the mental load while creating a meaningful memory. It is important for our mental health to become a minimalist of thought by selecting them carefully."Flow of thoughts" is a personal development tool in itself. Take care of your head, write a line.
Award winner/Group name：Emilie & Joseph (Emilie-Marie Gioanni, Joseph Chataigner)

Design name：tokiwokumu
General name：Incense and Timer
Design overview：This incense clock combines a variety of shapes and fragrances to design your next hour through incense blocks. It was born from the thought that I wanted my own rhythm back within my hectic daily life. The changing fragrances gently let you know time is passing through your sense of smell, and at the same time, change the mood. I would like people to use it when drawing, writing, reading, practicing mindfulness or yoga, doing outdoor activities, or anything else that feels like me time.
Award winner/Group name：mrk (Miho Takeichi, Kazumi Ueda, Ryo Kobayashi) 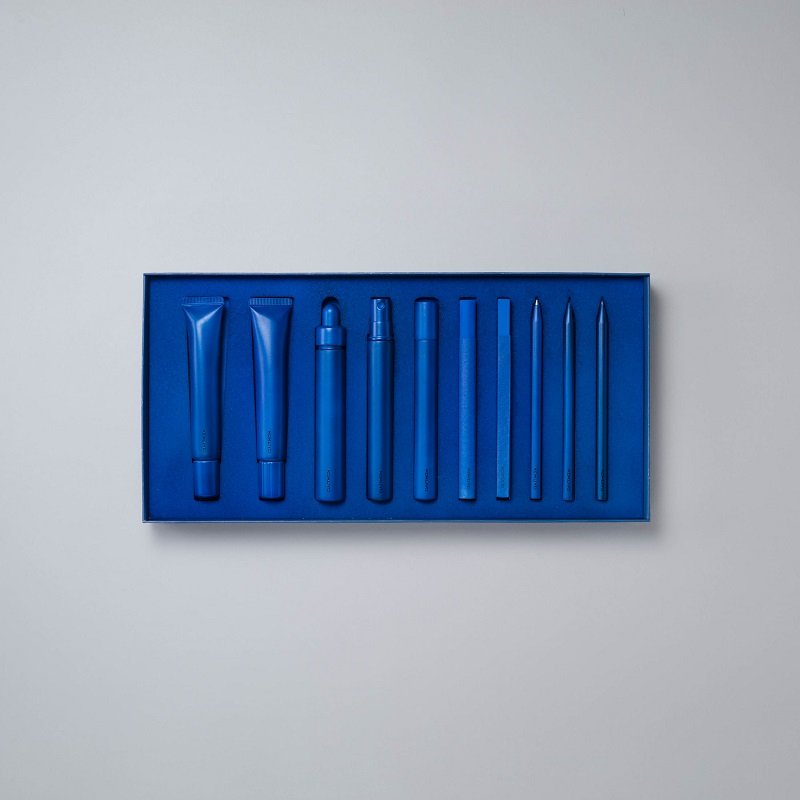 Design name：Texture Sketchers
General name：Art supply set
Design overview：This proposal is for an art supply set that lets you draw various textures. This product expands the world of texture that you wouldn't usually notice--like materials and artistic effects--through working with supplies of the same color that have different properties. Like some artists are skilled in color usage, others may discover they are skilled in texture usage. Some children may play with texture differences as if they were color differences. You may find that you think and choose an item by texture rather than color. I hope this product brings about a future where it's normal to draw in multiple textures, just as it's now normal to draw in multiple colors.
Award winner/Group name：21B STUDIO (Shotaro Tokioka, Koeda Kobayashi, Daijiro Arimura) 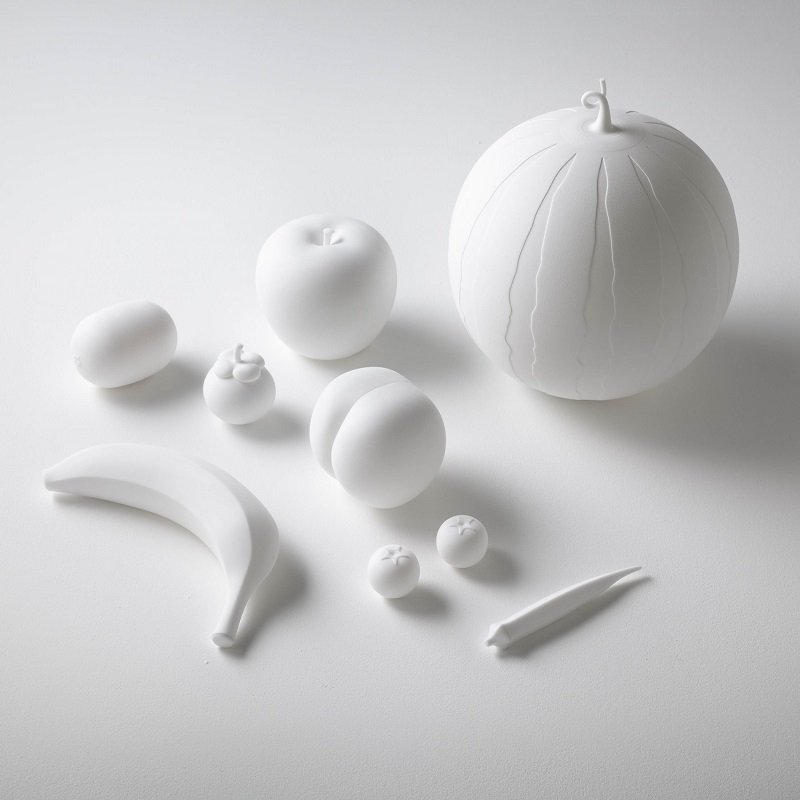 Design name：Fruit Instruments
General name：Instrument
Design overview：These shakers mimic the structures of fruit down to seeds and bunches. Through shaking or rolling them, each fruit makes its own unique sound. This product promotes interactions between sensations--listening with the eyes, and seeing with the ears--through imagining sounds based on shapes and imagining contents based on sounds. This gives you a new perspective on the five senses. I hope that using these instruments to explore the five senses will lead to a rich imagination.
Award winner/Group name：21B STUDIO (Shotaro Tokioka, Koeda Kobayashi, Daijiro Arimura)

Note: The design titles, general item names, design overviews, and winner/group names are as written on the entry sheets.

About the KOKUYO DESIGN AWARD

"The KOKUYO DESIGN AWARD was started in 2002 with the aim of encouraging designers to create products from the viewpoint of users. The competition has since been held almost every year, and this year marks its 19th anniversary. It is now recognized as historic among domestic design competitions.
The AWARD is growing as an international competition: not many competitions run with the assumption that winning entries will be considered to become products--even internationally--and the judges are top creators working actively both within and outside Japan, so almost half of entries have been from abroad in recent years.
Among the 20 works that have made a commercial debut are "KADOKESHI," which has been added to MoMA's permanent collection, "Nameless Paints," which won several international ad and design awards, and "True Measure," which won the iF Design Award. We are also supporting young designers' progress and helping them build foundations by collaborating with winners during the process of turning their entries into products." Chief Creative Officer of Whatever Inc.
"Masashi Kawamura is the Chief Creative Officer and co-founder of Whatever.
After working as a creative director at creative agencies around the world--including BBH, 180, and Wieden & Kennedy--he established creative lab PARTY. He worked as a creative director there while also serving as the CEO of PARTY NY and Taipei, and was in charge of all global business projects for those companies. Then in 2019, he founded new creative studio Whatever, and took up the position of Chief Creative Officer. He is involved in a wide range of projects, including campaign programs for numerous global brands, product design, development of TV programs, and music video production. He has won many awards around the world, including at the Cannes Lions International Festival of Creativity. He was selected by the American magazine Creativity as one of the Creativity 50, a list of the world's most notable creators and innovators, and was also selected for Fast Company's list of the 100 Most Creative People in Business, and AERA's 100 People Breaking Out of Japan." 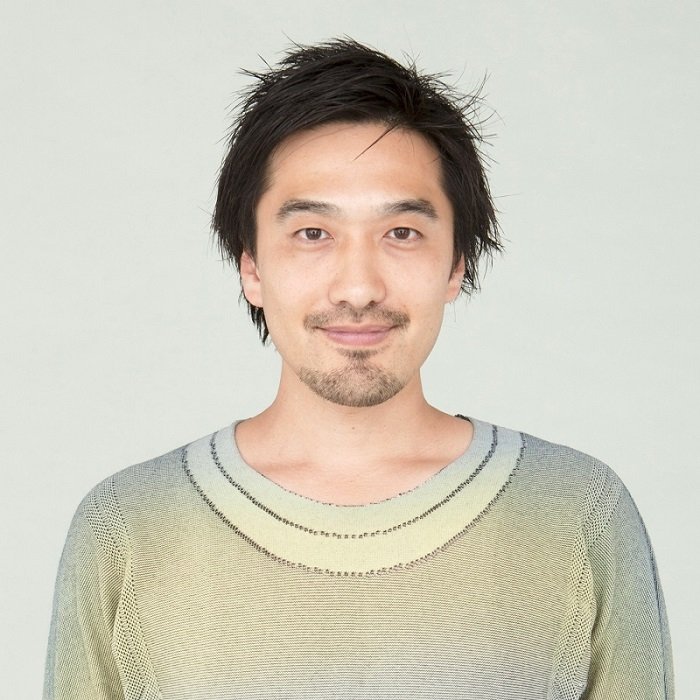 Founder of Atelier Tsuyoshi Tane Architects / Architect
Tsuyoshi Tane is an architect. Born in Tokyo in 1979, he established Atelier Tsuyoshi Tane Architects, and is now based in Paris, France. Based on the concept of "Archaeology of the Future"--which is about creating architecture from the memory of a place--he has many projects underway all around the world, and especially in Europe and Japan. His works include Estonian National Museum (2016), New National Stadium Kofun Stadium (proposal) (2012), Todoroki House in Valley (2018), Hirosaki Museum of Contemporary Art (2020), among others. The numerous awards he has received include the French Ministry of Culture Architecture Prize (2007), 67th Japanese Ministry New Face Award of Minister of Education Award for Fine Arts, and AFEX Grand Prix 2021. He has also been nominated for the Mies van der Rohe Award. His books include Tane Tsuyoshi: Archaeology kara Architecture e (From Archaeology to Architecture) and TSUYOSHI TANE Archaeology of the Future (both published by TOTO). Designer
"Teruhiro Yanagihara was born in Kagawa Prefecture in 1976. He is a designer, and established his own studio in 2002. With the idea of designing environments for designing, he is engaged in a number of design projects--spatial design, product design, and everything in between--that go beyond the boundaries of countries and genres. He has also been a part of the launching of several new brands as a creative director. His activities are currently based in Osaka, France, Netherlands, and the Denmark.
Some of his works have their place in the permanent collections of the Stedelijk Museum Amsterdam, and the CNAP (Centre national des arts plastiques), to name a few. He is also the co-author of several books, including Real Anonymous Designs (from Gakugei Shuppansha), Design manners from 11 designers between 2000 and 2009 (Rikuyosha)." Principal of TAKT PROJECT Inc. / Designer
"Satoshi Yoshiizumi conducts experimental independent research projects on "creating different possibilities" through design, and presents and exhibits work as a guest at museums and exhibitions both in Japan and abroad. He rolls out a wide variety of projects with his clients based on the results.
Awards he has won include the Dezeen Awards Emerging Designers of the Year 2019, Design Miami / Basel Swarovski Designers of the Future Award 2017, iF Design Award, Red Dot Design Award, German Design Award, and Kuwasawa Award 2017. His works are housed at M+ museum in Hong Kong."

Read all the latest information on KOKUYO news, events and activities